Tournament Park is a historic park in Pasadena. It is a Caltech facility, open to the public during daylight hours and available for private gatherings by reservation.

The park offers picnic tables, a barbecue, a historical marker, and playground equipment. The parking lot is on the east side of Wilson Avenue south of California Boulevard. Information and forms related to reservations for private events in Tournament Park are provided by Caltech's Facilities Operations Department.

Tournament Park: Why the name?

In this park, more than a century ago, Pasadena residents promoted the city with midwinter events including the first eight matches in the annual tradition now called the Rose Bowl Games. In those years, the park stretched north to California Boulevard. Tournament Park acquired its name in 1900 and hosted the first Tournament of Roses football game in 1902. The New Year's Day matches continued to be held in Tournament Park through 1922. Major aviation events also took place in Tournament Park and are commemorated in a historical marker. 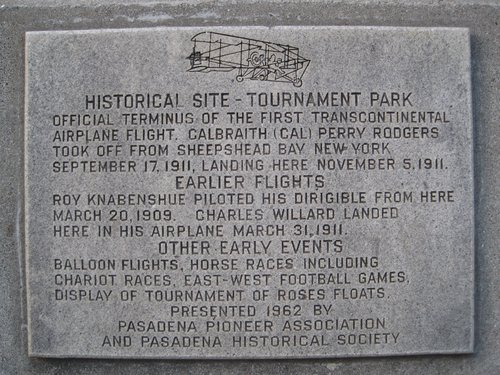 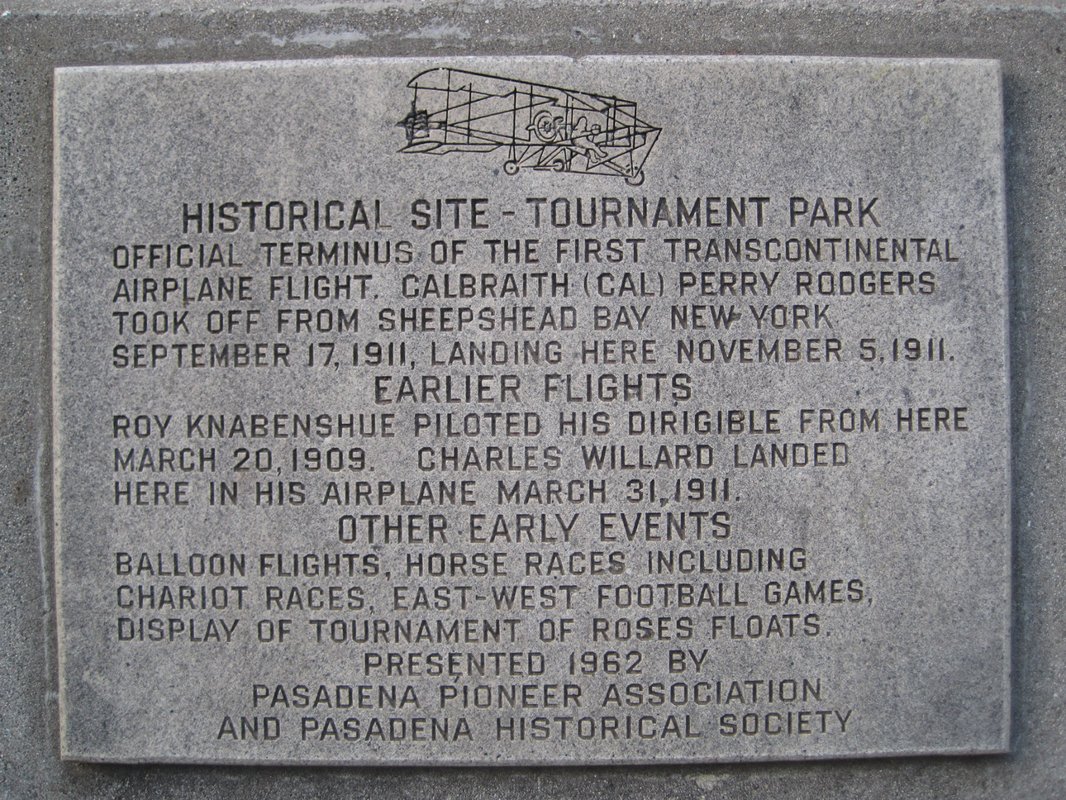 Tournament Park once encompassed the nearby athletic fields and included the massive stadium shown in this photograph of one of the Tournament East-West football games (now called Rose Bowl Games) held there. The pictured game pitted the University of California against Ohio State University on New Year's Day, 1921. 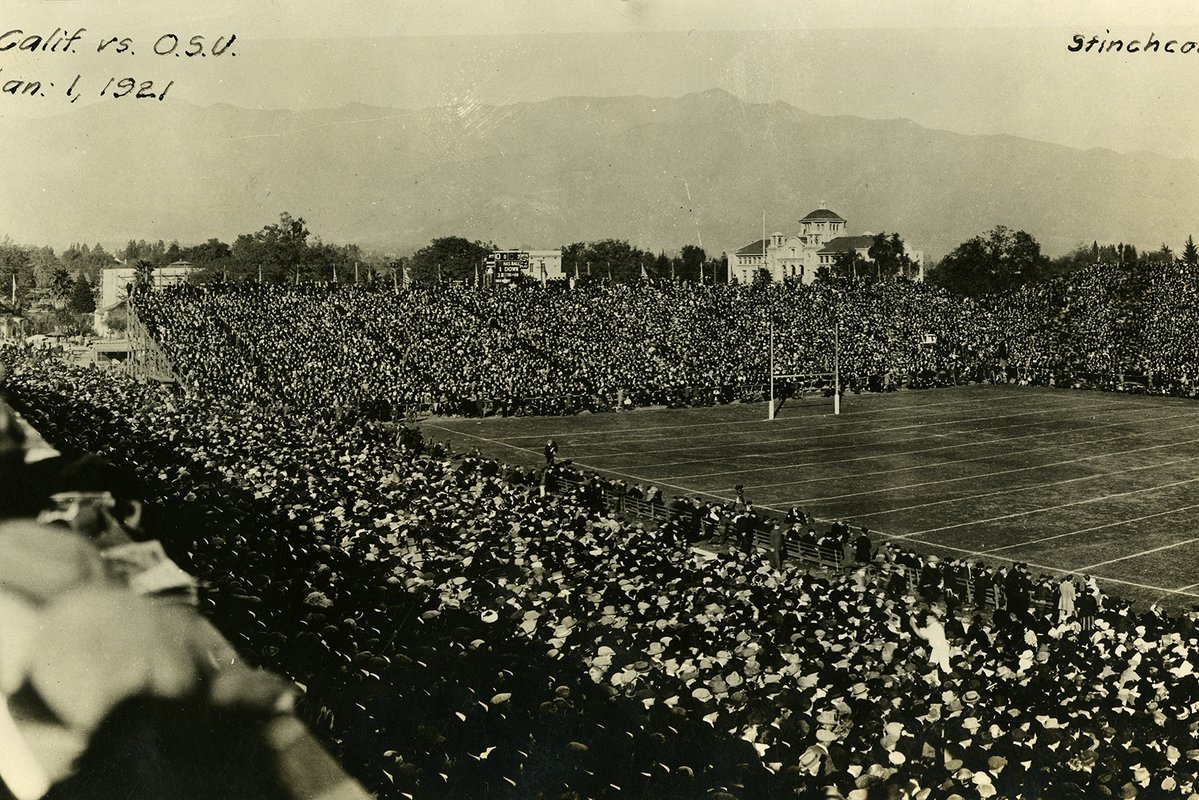 On November 5, 1911, Calbraith Perry (Cal) Rodgers (right) landed his biplane, the "Vin Fiz," in Tournament Park to achieve the first U.S. cross-country flight. It was anything but nonstop, with multiple crashes, at least 70 stops, and just a few parts remaining of the plane that set off from New York. Though Rodgers arrived in Pasadena weeks too late to claim a prize that had been offered for crossing the nation in 30 days, thousands of people came to the park to see and celebrate his achievement. He continued on to crash in Compton and land in Long Beach, flying from coast to coast.